The following discusses the value of having the owners of a partnership enter into an agreement which governs the partnership’s operations.  For purposes of this discussion the word “Partnership” means an entity formed and owned by two or more persons (the “Partners”) for purposes of operating a business.  Thus, and as is explained below, here Partnership will mean a corporation or a limited liability company.

A.  The Need For a Partnership Agreement.  Clients often come to me to discuss a business they have engaged in or that they wish to engage in with one or more Partners.  Regardless of the type of business, particularly if it is one that has been in existence for some time, one of the first questions I ask is whether a signed partnership agreement exists.  I ask, as a well drafted partnership agreement lays out the rules for the operations of the Partnership.  The matters addressed by the partnership agreement may include (i) how the partnership is to be funded, (ii) how profits are to be distributed, (iii) how decisions are made, (iv) whether and the extent to which the Partners can engage in other businesses, and (v) when or how one or more of the Partners can exit the partnership.  As a practical matter, such agreements are a necessity, and in some case they are required by statute (for instance, Section 417 of the New York Limited Liability Company Law requires that the members of New York limited liability companies execute an Operating Agreement within 90 days of the LLC’s formation).  Moreover, I find that the process of discussing the partnership agreement helps to bring to the surface numerous important business and legal issues that might not have previously been considered by the Partners.

Corporations and LLCs differ in certain material respects in how they operate.  For instance, major policy decisions for corporations are the made by its Board of Directors (with shareholder approval sometimes being required), with a corporation’s officers being responsible for day to day operations.  With respect to LLCs, Managers typically make all decisions (though some LLCs are run by its Members, who are the owners of the LLC), and while state statutes may permit the appointment of officers, such appointment is not necessary.  However, and regardless of whether an entity is a corporation or an LLC, the same basic issues need to be addressed in the entity’s partnership agreement, which in the case of corporations would typically be a Shareholders’ Agreement, and in the case of limited liability companies an Operating Agreement.  For ease of discussion I will hereafter refer to such agreements generically as the “Partnership Agreement”.  (Note: Had I written this 20 years ago I would be discussing limited partnerships rather than limited liability companies.  However while limited partnerships still exist, and for reasons I will be happy to explain, they are rarely the vehicle of choice for new businesses.)

C.  Shareholder Agreements and Operating Agreements. The following matters should be addressed in almost all Partnership Agreements:

1. Funding of Entity.  The Partnership Agreement should make clear how much money each Partner has contributed or has agreed to contribute, when such funds are to be paid by the Partners and how to raise additional funds if such funds are needed.  For instance, each Partner might contribute $25,000 on the formation of the Partnership entity and agree to contribute another $25,000 over a specified period of time. While it may be fairly simple to agree on the terms regarding such initial contributions, it is not always as easy to decide how to address future cash needs.  Often the Partnership Agreement may provide that future contributions must be agreed to by the Partners.  However if the timing or amount of such contributions cannot be agreed upon the Partnership’s operations may grind to a halt.  An alternative is to provide that, if one Partner does not contribute the required funds the other Partner (or Partners) can make the contribution, with the non-contributing Partner’s ownership interest suffering some dilution.  Of course, there may be disagreement as to whether funds are actually needed by the Partnership, which can result in a “deadlock” among the Partners (and how to address such a situation is addressed below under “Deadlock”).

3. Decision Making.  If a Partnership has two Partners typically both will have to agree on any important decisions, and if there are more than two Partners a Partnership Agreement may require unanimous consent or provide that the majority rules (although for certain decisions, such as requiring additional contributions or changing the nature of the business, unanimous consent may be required).  In either case, problems arise if material matters cannot be agreed upon.  For instance, if additional money is needed for Partnership operations, the Partnership’s business may not survive if agreement about how to fund operations cannot be reached.  How to address such a problem is discussed below under “Deadlock”.

4. Limiting Other Business Activities.  Unless the Partners are devoting all of their working hours to Partnership operations (and even if they are), they may wish to engage in other business activities.  In such cases the Partnership Agreement will usually make clear that the Partners are free to engage in other activities, and need not share the profits from such activities with the other Partners.  However, there will just as often be a provision (a “Non-Compete Provision”) which states that the Partners cannot engage in a business which is competitive with the Partnership, both during the time they are Partners and for some agreed to period afterwards.  There may, and often should be a limit on the geographic scope of such a Non-Compete Provision.  For instance, if a doctor leaves a Partnership’s medical practice, he or she may be prohibited from engaging in a medical practice within 20 miles of the Partnership’s practice. Care must be given in drafting Non-Compete Provisions (i.e., the scope, duration and geographic area it covers), as courts may be reluctant to enforce such a prohibition if it is too broad.

a.  Death.  If a Partner dies one option is to allow the heirs to continue to own the Partnership interest of the deceased Partner, but without allowing the heirs any say in Partnership operations.  A remaining Partner might object to this approach, pointing out that the heirs will then be able to share in any increase in the value of the Partnership without having to contribute any effort or money.  Conversely, the heirs might complain that if the Partnership later decreases in value their interests will be worth less, even though they did not contribute to the problems which led to the decrease. To address these concerns the Partnership Agreement will often allow or require the remaining Partners to purchase the interest of the heirs at fair market value, as determined by a neutral third party as of the date of death. In each case the right of the Partners to purchase the heirs’ interests, or the right of the heirs to require a purchase, should have to be exercised within some specified time after the date of death.  A similar approach might be used for a Partner who can no longer participate in the operations of the Partnership due to disability.

b. Breach of the Partnership Agreement. Should one Partner materially breach the terms of the Partnership Agreement then, after an applicable cure period, the other Partners might be given the right to purchase the breaching Partner’s interest at fair market value, determined as of the date of breach, or at some discounted price (and often in the case of such a purchase any Non-Compete Provision would typically continue to apply to the breaching Partner).

c. Deadlock.  There may come a time for any Partnership when the Partners cannot agree on an important decision, such as whether additional funds are needed, whether to sign a particular agreement, or how much salary to pay the Partners.  If a Partnership is for a discrete project and is to have a short life span this may not be much of a concern.  However for longer term Partnerships such a deadlock can materially impact the operations and value of the Partnership, and careful thought needs to be given as to how to address such potential problems.  It is difficult to recommend a one-size-fits-all solution, however the following are some possible approaches:

(i)  The Partnership Agreement can allow the Partners to freely transfer their Partnership interests, subject to a right of first refusal on the part of the other Partners.  Pursuant so such a right, should a Partner wishing to sell his or her interest in the Partnership receive an offer to purchase that interest, the other Partners would have a right to purchase the interest on the same terms offered by the third party. If the existing Partners do not wish to exercise such a right then the selling Partner would be free to consummate the sale to the third party. However Partners do not always want to allow Partners to sell their interests (such to a right of first refusal), as they do not want to find themselves with a new Partner should they not purchase the selling Partner’s interest;

(ii)  An alternative is to provide that, in the event of a deadlock each of the Partners have the right to demand that the Partnership be sold to a third party, and if this cannot be accomplished within some agreed to period the Partnership must be dissolved.  Such a provision essentially puts a gun to everyone’s head and forces a solution, as absent a sale on terms acceptable to all Partners (or whatever percentage of Partnership interests must approve a sale), the Partnership will be dissolved, which will likely result in a diminished return to the Partners;

While a Partnership Agreement cannot always address all possible scenarios or problems which may arise, a well drafted agreement which has been thoroughly discussed by the Partners and the Partnership’s attorney (and/or the Partner’s respective attorneys) will go a long way towards setting the Partners’ expectations and understanding regarding the Partnership’s operations, and will help avoid unexpected problems and facilitate their resolution. 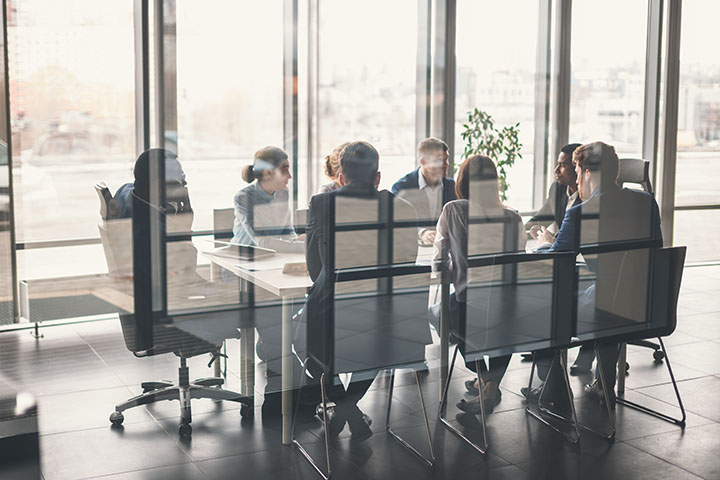 When companies raise capital there are a number of rights that the investors (typically through the lead investor) will seek, such as a preference on...... 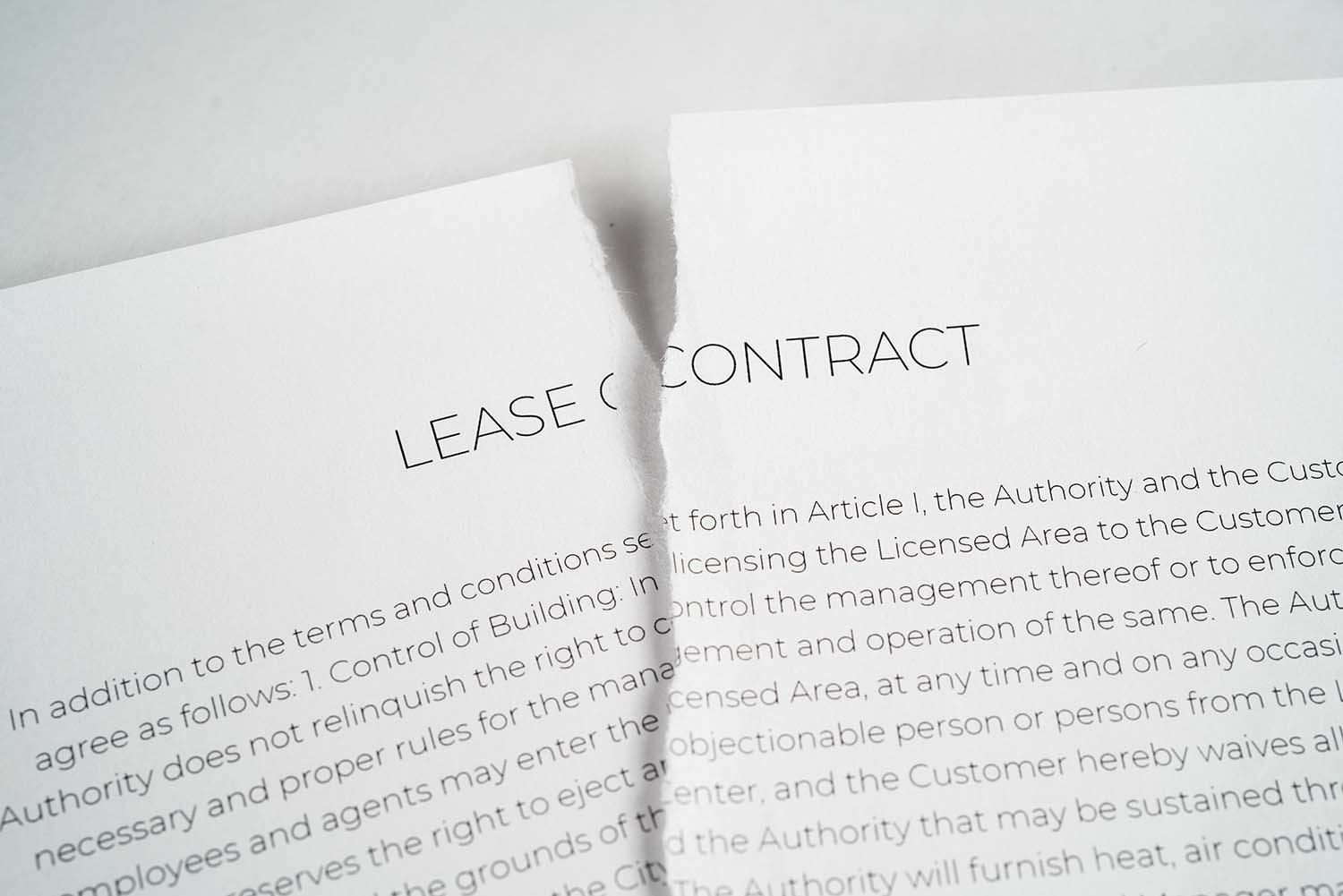 On Tuesday, May 26, 2020, Mayor DeBlasio signed Local Law 1932-A, which provides that personal guarantees of commercial New York City leases for...... 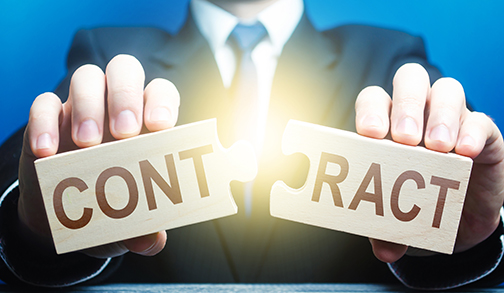 Contracts often contain what are known as “Force Majeure” clauses, which excuse a party’s performance under the contract where performance......

How Can We Help?